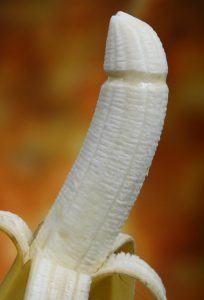 If you are of an age you remember the searchlights which used to cross in the skies signifying Hollywood! Excitement! The glare that was to draw us palpitating moths to the Ultimate Experience.

Now the world appraises what’s in a ring of searchlights focused down and in. Two world leaders equally crazed are threatening death to enemies. We stare, unable to affect either tantrum. One’s as motherfucking gonzo as his opposite. Mine’s bigger! No, mine is! Men in government is just what we’d be safer without.

Prithee, read history. Who makes peace? Who makes war? Who wants to keep potential equals down?

Would Hillary (or Mabel) be handling missiles as if they were body parts? Ultimately we’re deciding who’s the alpha male. They understand it, so do we.  Though it’s impolite for us girl-types to mention it before they (righteously!) blow us off the map.