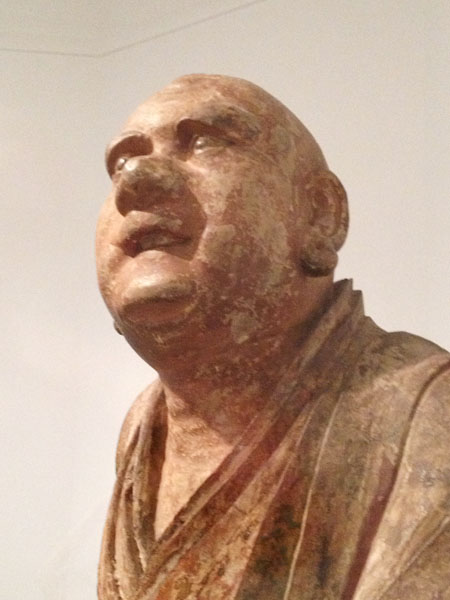 A monk half rises from his meditative pose.  His eyes shine.  This moment of enlightenment was carved from wood centuries ago yet remains riveting.  So often sculpture communicates the frozen facts of its materials — the wood is dead, the stone never lived.  Eyes stare lusterless, poses get as stiff as ritual ceremonies.  But here the artist gives us full-bodied breath, pulsing experience.

How often do we see artists even attempting this?  It’s a masterwork of rich humanity.  You stop, you move around the spiraling figure, and those eyes capture you long before you read the curators’ surmise: an exalted monk. 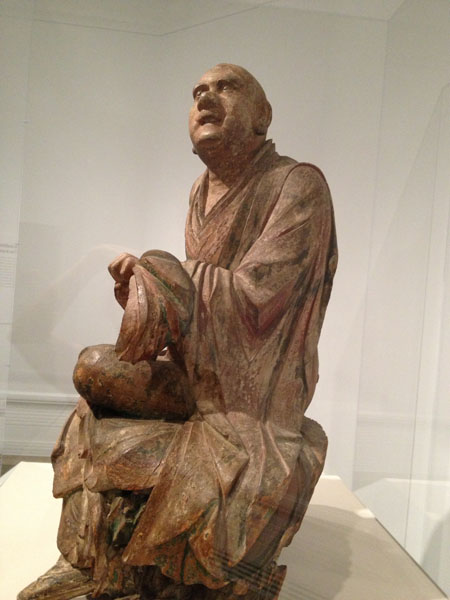 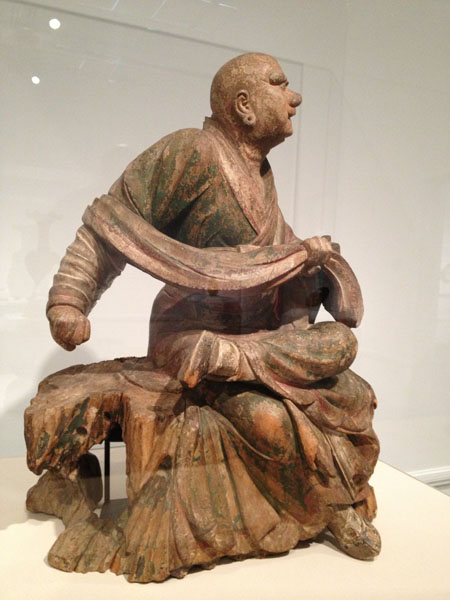 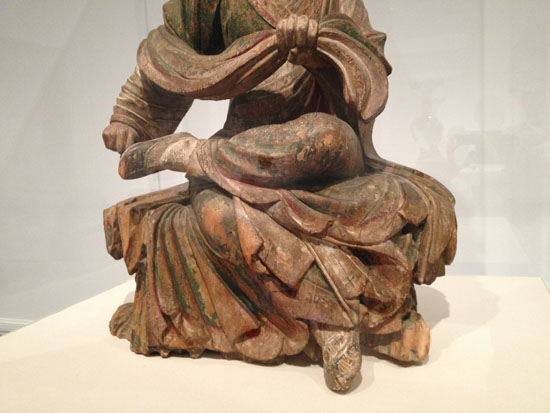 The monk was carved in China during the same century (14th) that Giotto was painting in Italy.  It’s sizable — 41 x 30 x 22 inches.  Traces of the original polychrome hint at its state when new.

There is another exhibit at Seattle’s Asian Art Museum, illustrations for a 17th century Chinese poem The Song of Lake Yuan.  The poet reflects on living through a bloody dynastic change.  Ten years before he’d stayed as a guest at an opulent estate, a beautiful garden.  The owner has since been politically purged, the estate given to someone else.

Our wooden sculpture of the enlightened monk looks beyond China’s long history of dynasties, beyond famines and emperors’ pomp.  I know of no other artwork that captures this so convincingly.