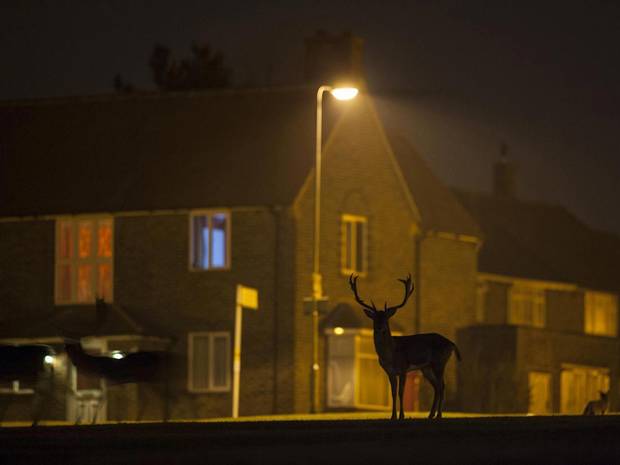 This evocative photograph has been haunting me for days.  I see a stag, one or two other deer off to the left and possibly a fox on the right. A dog I assume would be pointed to bark away the deer. Meanwhile one window glows with electronic blue. Our media whisk us off to other lands and meanwhile we forget what early humans knew: other creatures surround us in the night.  Other minds and hungers, other senses and agendas.

You may recognize that I’m often struck by what goes on outside our ken, our awareness.  I’m boggled by the throbbing immensity that is a neighborhood behind its doors.  And by the busy universe wrapped in up its distances.   We can feel such emotions, we centers of reality.  Are we so unlike this squirrel evaluating the world beyond itself? 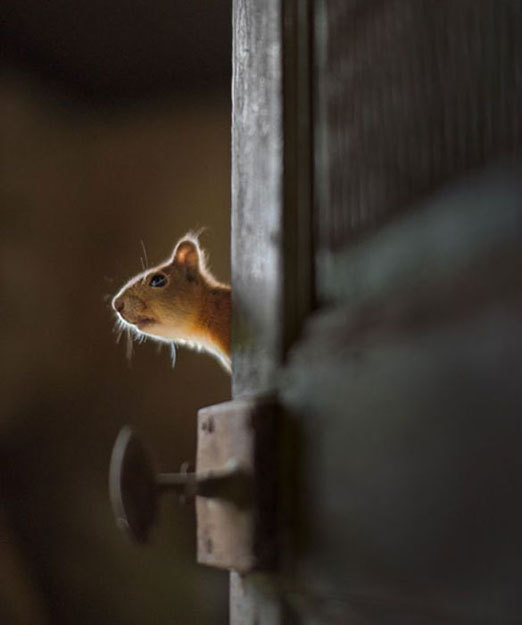 From Once Upon a Home, National Geographic.  Photo by Kai Fagerström.     via nationalgeographic.com

Here are other night views of swlf-directed wildlife in “our” environment.  The first four are by the Finnish Mikko Lagerstedt.   Via Behance.net 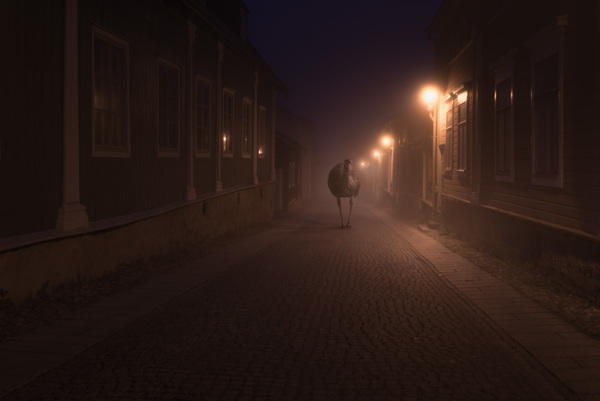 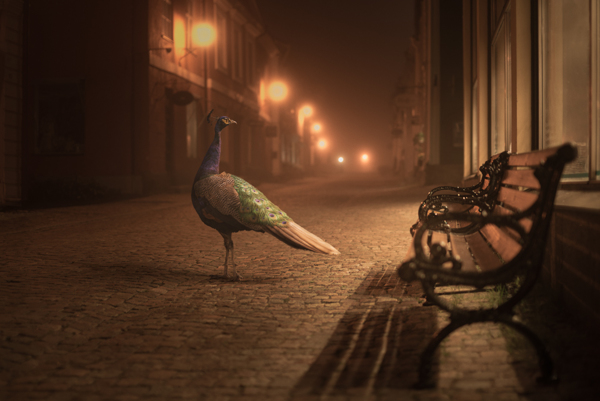 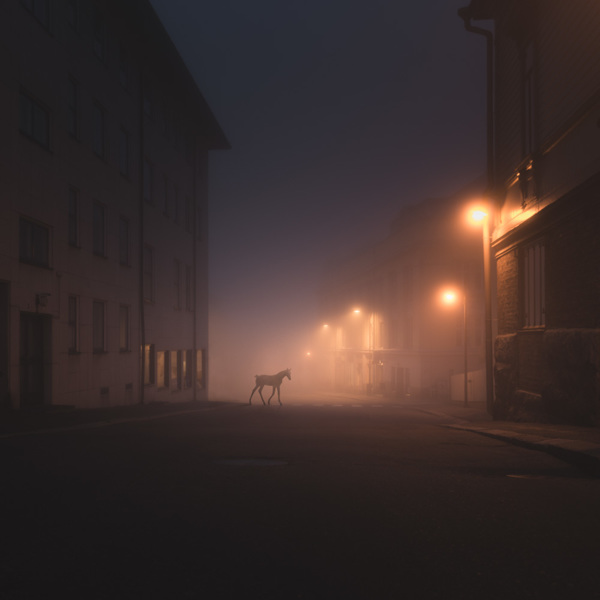 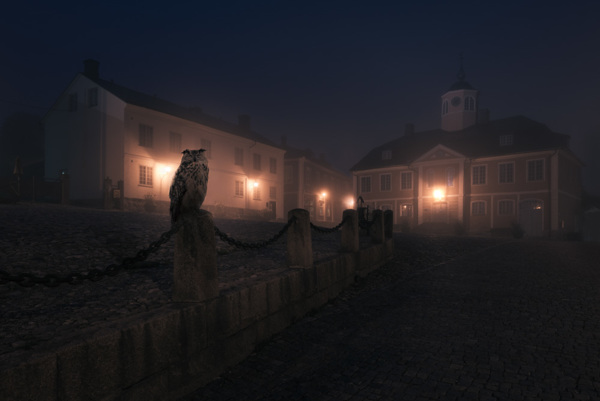 These are by Kai Fagerström again, also a Finn, who photographed wildlife taking over an abandoned house.  You’ll find information on his book at the bottom.  Via keepsmiling. 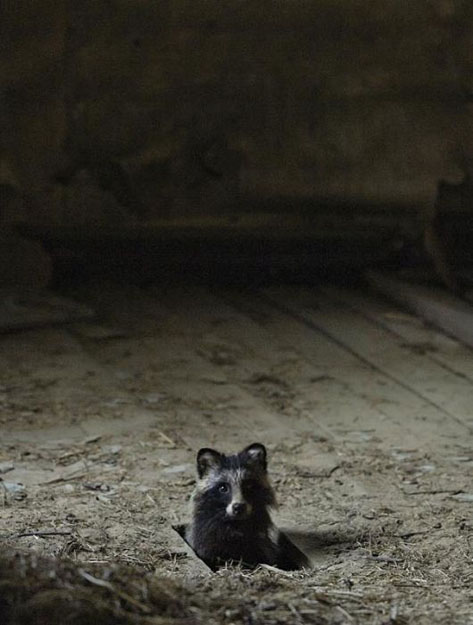 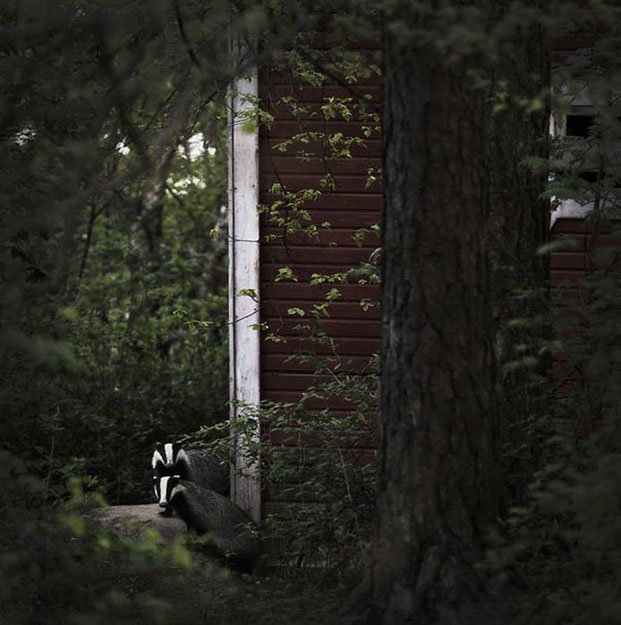 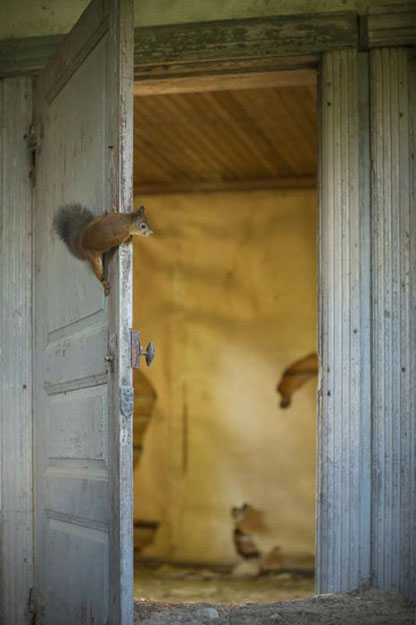 Not all of Fagerström’s are night-lit yet they they convey the strangeness of non-humans making their own sense of worlds human-built.

The unseen animals here are the photographers themselves.  They are a special breed, fascinated by the wildlife world and willing to be out in dead of night and in unsavory weather when the rest of us are toasting our toes at the fireplace or snoring in our beds.  Jamie Hall, Kai Fagerström and Mikko Lagerstedt went out carrying equipment and armed with optimism.  They stood vigils awaiting these random appearances.  Outside the circle of our campfires, other minds and hungers, other senses and agendas thrive.