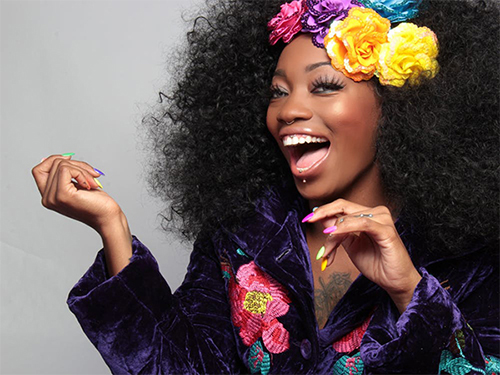 Laughing woman, Pexels. To the model, if my usage offends you I’ll swap for another — but it sure says the right thing.

Chicken Little was right. Chunks of solid blue have begun pelting down like enlarged raindrops. Some are big as Volkswagens. The world as we knew it has changed.

No one ever told us they sauntered around in nice company with no clothes on.

Which would be fine in a like-minded group. They could rub elbows all they wanted on a nude beach or at a champagne mixer. Adults. But we’re talking about men who spring it on unsuspecting women. To see how they deal with it.

Not with equanimity, especially a newly bonding female group, no one’s got anyone’s back yet. Come to a meeting, chairman of the horse’s ass department decides to display his. Nice girls haven’t been taught to deal with such a dogleg in etiquette. How I wish at least one was a comedienne who could have broken into belly laughs. That would shrivel his ambitions for a good long while.

That would steal the narrative from his assault of privates to the joke of his privates. Imagine it ladies, a whole group of us laughing our demeanors off.  High-pitched and unladylike ho-ho-hos. Because girls, this cock-of-the-walk is hilarious. Trying to dominate us with a naked penis! Try with a rattlesnake if you dare to fondle it.

We’re dressed, dude. What’s the matter with you?

This is the only answer, women. Laugh your asses off. We’ve been taught to not-see, not look. What if we just look? At a male undressing himself to get our attention.

The other day I heard Joy Behar on The View talk about her early days as a comedian doing the clubs. Some idiot manager asked her if she wanted to get laid. She asked him if he had someone in mind. If we thought of all the possible funny and insulting responses to all the harassing situations maybe that would help. We could put a list together as a public service. “Yes, Louis I do see that you have a penis. So why don’t you put it away like a good boy.” “Mr. Rose I realize you need to give… Read more »