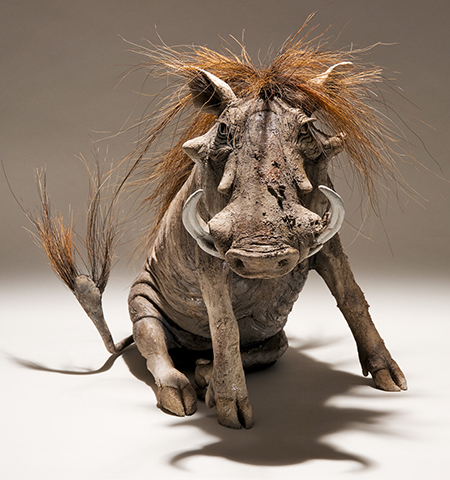 You’ve heard of the elephant in the room.  This post is about a warthog in the room. Ugly name, off-putting face, ignoble proportions — standing right here on the carpet. Maybe it snorts.  Well this blog’s the room and the warthog — whom many find repellent — is Pinterest. Before you groan and lose interest please question whether your knee just jerked. Keep an open mind and listen a bit.

Pinterest’s a tool.  Facebook, Vimeo, WordPress: tools.  No different than Photoshop in that you learn the rules and then create within them.

I believe that humans can turn anything into art.  (Also that humans can turn anything into evil — but let’s not go there today.)  Once at Leo Castelli’s gallery I saw a humungous rubber band stretched from the wall to a spot out on the floor.  Mr. Castelli was saying he thought the rubber band was art.  Leo Castelli who discovered and nurtured Warhol, Rauschenburg, Rosenquist.   I never twanged for that rubber band but there it was.

So Pinterest.  I began using the site as a convenience but they keep showing you these images when you log in.  Screenful after screenful. And those images start nudging each other, forming what turn out to be thoughts.  When it felt like an intriguing thought I made a board [folder] for it.  The boards of course were soon forming meta-groups and I found myself writing about the process.  Trying to understand what some of me was doing without informing the rest of me.

Pinterest has allowed me to form questions I never could have articulated in words.  The goal seems to be a coherent accounting of a lifetime of having ideas.

If those ideas and images give you ideas, welcome aboard.

Warthogs.  I read that they’re quite lazy, loving to loll in the sun and squirm in a mud bath.  Also so stupid that they’re known to forget that they’re running from a predator and stop to graze again.  Alas.  I love them because they carry their tails at such a jaunty angle.  The warthog artworks pictured here all feature it.

These examples are from my Pinterest board African Animal Forms by Humans.   A vital part of my Pinterest page has this triumvirate of ideas: actual nonhuman lifeforms, actual humans, and artworks of both, necessarily by humans.  The world we’re in and how we depict it to ourselves.  The physical world and the abstract.  The world as it is, the versions humans project out into it.  The sleeping giraffe, the sleeping human, ancient rock engravings featuring giraffes.   Or jitterbugging humans, thirsty animals, Jeff Koons’ Balloon Dog.

Our leading warthog here is by Nick Mackman.  A raku-fired work in clay, which conveys the animal’s brute physicality. 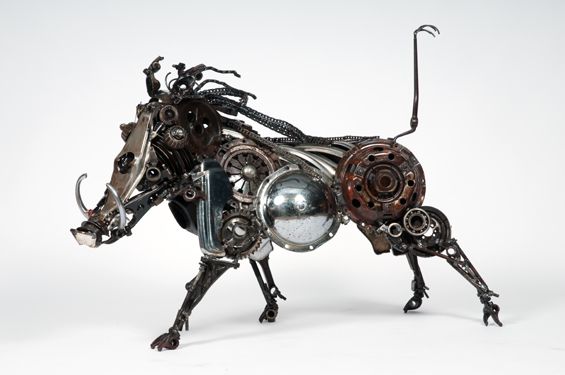 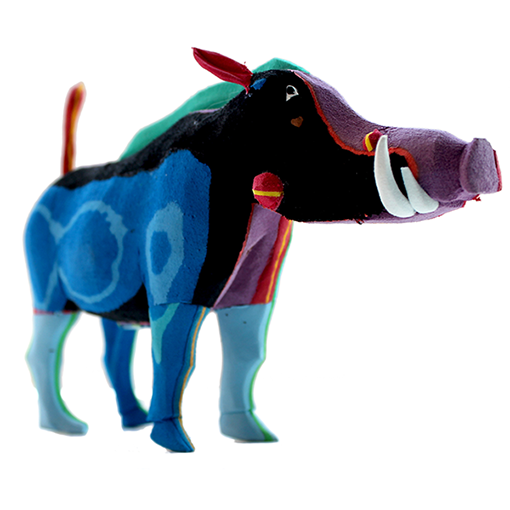 Warthog #3 is by the Oceanic Society’s Ocean Sole project, an ingenious undertaking which teaches Kenyans to make and sell sculptures made of discarded flipflops.  Each sculpted African beast is unique.  I prize that humans have such gorgeous scope in their vision and I follow those visions on Pinterest.