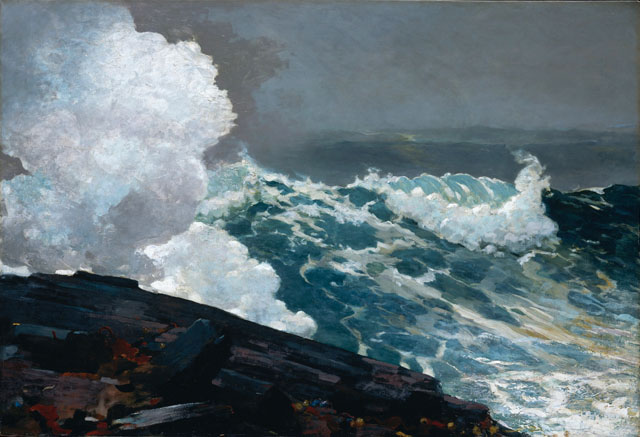 Northeaster by Winslow Homer       via WikiCommons

My last blogpost got me looking at seascapes and how intensely painters have shown us the muscles and moods of the sea.   The examples here show raw water, that ever-heaving force covering most of our planet.  The exception is a Winslow Homer, Gulf Stream, too apt to leave out.  A man in a broken-masted boat, the sea churning with sharks, a water spout on the horizon.  Power and peril.

There’s a subgroup of seascapes depicting the great wooden ships that began stitching the continents together.  Outriders of globalization.  They started a great intermingling of goods, ores, plants and animals that bent human history like a giant pipe-wrench.   One forgets how transformative the sea lanes were before steel hulls and railroad tracks.  Paved roads.  Cargos in the skies.

A subset of these paintings is seascapes of ships floundering in massive storms.  We hear so little about tragedies at sea — have they stopped happening?  Or are our hearts and fears focused away from the old fears of watery depths and vital supplies that never arrive?

The Japanese tsunami of 2011 gave us a heart-stopping view of oceanic force.  Here are paintings that show how masterfully a painter can conjure the power of oceans with the power of paint. 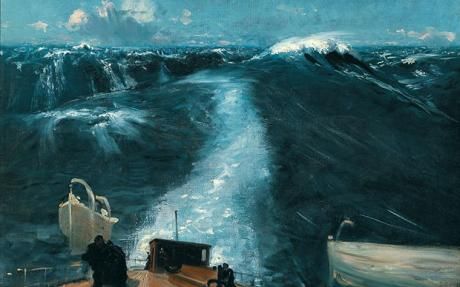 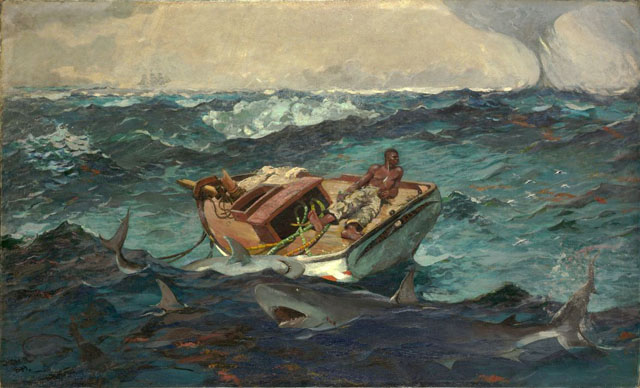 Gulf Stream by Winslow Homer    via The Metropolitan Museum of Art 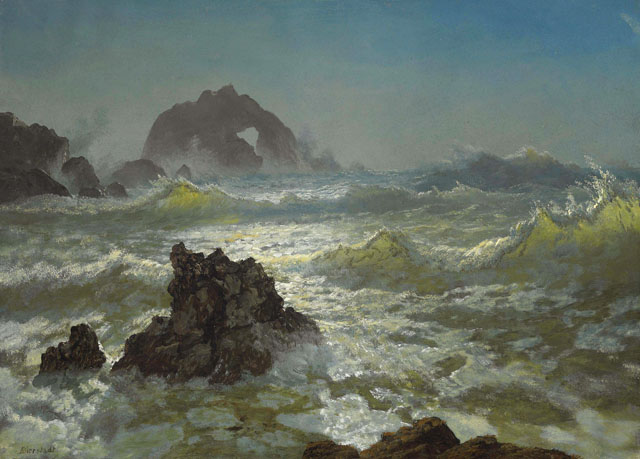