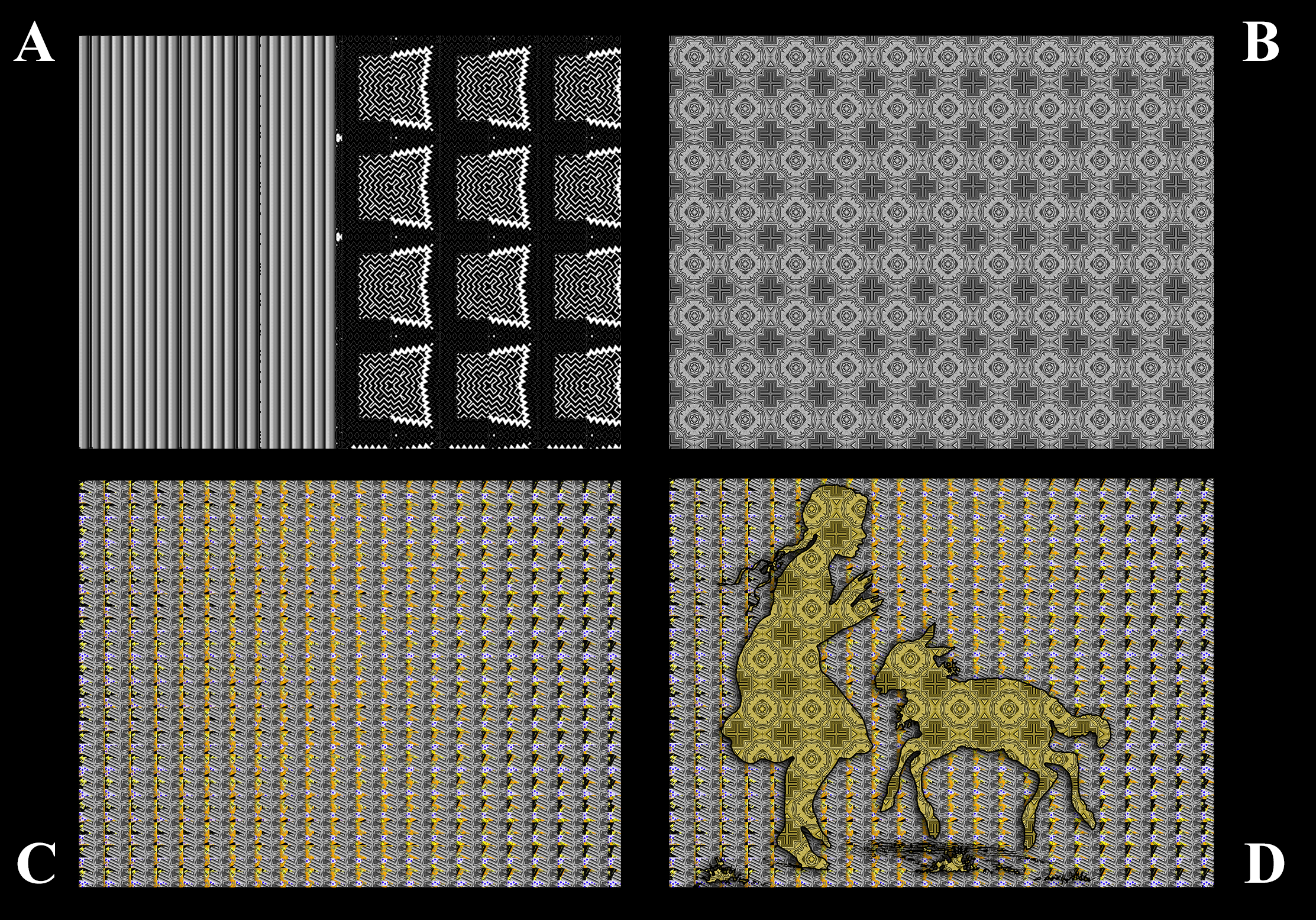 A. Two patterns in one frame. B. Pattern unit compiled from A, tiled out into a pattern. C. Same as B but with alpha (blank space) around + contrasting-scale pattern behind. D. Patterned silhouette on patterned background (augmented for contrast).

When More Is  Better Yet

I love ladling complexity on top of excess. Life seems so chaotic and the more busyness I can control at once provides a bannister.

One of my longtime goals is to achieve maximum complexity while retaining readability. Readability may be constrained by the human ability to keep track of separate units in one’s head. My most ambitious project would have 3D characters which dance or otherwise move, upon each of which plays a pattern or patterns or a single image in video and/or animation form. This would require designing every single facet to work — harmoniously? disharmoniously? — with each other (pace, rhythm, tonal contrast, color schemes…), probably with a sound track and undoubtedly with a background which is likewise alive. 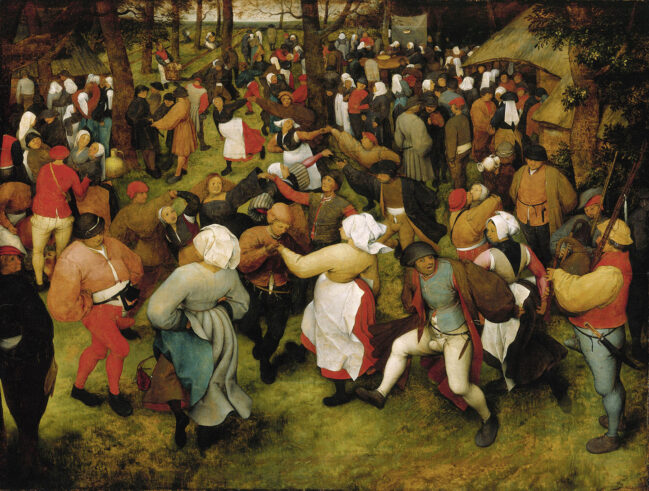 You see the multi-tasking problem in Bruegel’s Wedding Dance. Try to attend to the foreground figures while keeping track of those receding into the woods. Particularly as you notice all the tumescent penises on show.

My project would require experiments with each piece to determine the aesthetic effects of say, smooth vs jerky movements of the figures in ensemble. Of combined arms and head movements vs arms with leg movements. Drilling down in every particular and next as they combine. I’ve toyed with each figure being assigned a storyline that unfolds in the images playing across their forms. Limits are for sissies.

The key to the project will come in controlling contrasts. Slow/fast, purple/yellow. Where to deploy them, where to tone them down. Because the biggest requirement is that the whole darned thing works as a whole. And the more traits that can be grouped the more your attention will fold them into what you can stay mindful of.

That said, until I have a studio assistant with technical 3D and 4D computer skills I won’t begin. My main job would be getting the aesthetics to work. Arguably harder, to begin to understand how the pace of a figure’s motion is affected by the rate of change in the video screening across it.

I’m in the midst of showing my work with patterns on the Created side of this website. Simple, then more complicated, and the last — on 11.23.20 — more voluptuous yet.

The basic techniques are laid out in mathematics. They’re called Wallpaper Patterns and each of seventeen can replicate a single unit to infinity without variation. I don’t pretend to know what the effects of nearby black holes will have if you pattern out to infinity. But the mathematics remain  doggedly two-dimensional.

Except. Except for the odd rule that allows a pattern unit to sometimes be flipped. Which cannot happen in 2D. Why this action qualifies inside 2D math mystifies me.

Some wallpaper patterning formulas require a move through the third dimension. Imagine that this left-facing dragon [from [Dover Publications] is printed on thin paper and bound in a book. You must turn the bookpage over to get a dragon facing the other way.

All seventeen wallpaper patterns vary the orientation of one unit to the next like moving a compass needle. And some use the baffling flip diagrammed above. Remember with this set of seventeen formulas you could cover the Earth in roses or Royal Stewart plaid or puppy dogs. It’s that easy. 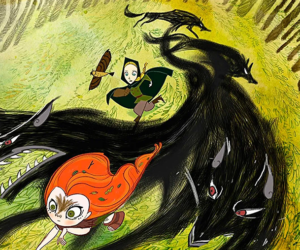 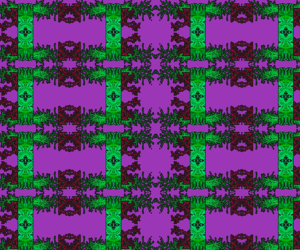