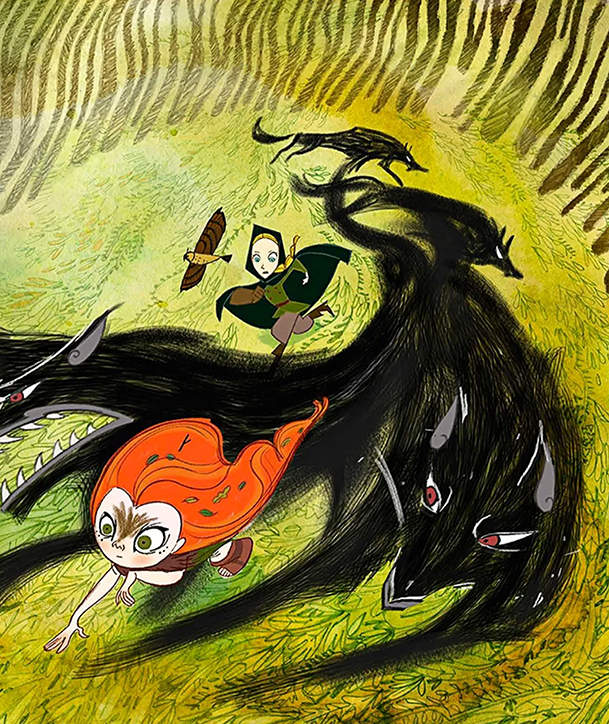 When the director of Pixar’s Up (which beat independent animation studio Cartoon Saloon for an Oscar) first saw the competition’s The Secret of Kells he said he “recognized a countercultural force.” The director’s name is Pete Docter.

The wide world views Pixar as near the apex of animation skills. Substantial money has poured into 3D animation technologies — the realistic wave that swallows a peaceful beach, the quirky growth of a sunflower as it rises toward sun. Algorithms. The math that makes motions feel realistic, a babydoll round and cherubic and faced with a plastic you can tell is slightly soft to the touch.

Cartoon Saloon piled up four Oscar nominations with its unPixar-like techniques. Described by Docter, “At the time… [animation] was all about 3-D, and Cartoon Saloon were instead embracing the graphic. They were embracing flatness—not only the flatness of an animation tradition, but also of Celtic design, and merging these things together in ways that were really unexpected but also very sophisticated.”

Cartoon Saloon is an independent Irish studio that Wikipedia reports as currently hiring 300 animators. Their goals are idiosyncratic to them, their themes localized, their artistic style informed by Irish art.

This insight into artistic strategy is a chewy one for the art world.