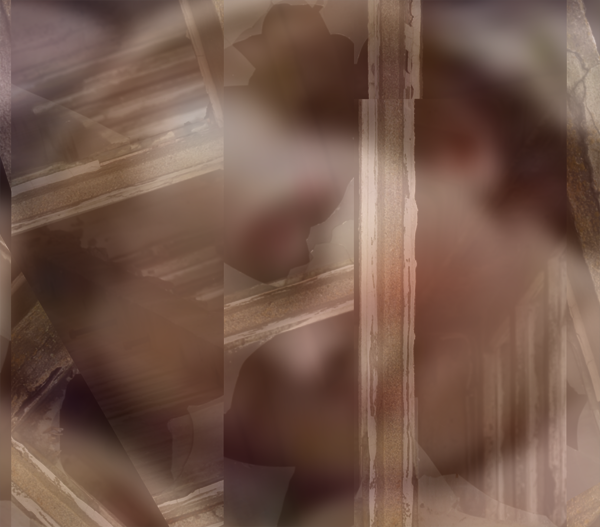 Detail of Kristallnacht, showing the child’s face behind broken glass. by Sloan Nota

miso – a combining form meaning “hate,” with the object of hatred specified by the following element: misogyny.

I’ve never forgotten the fact of the Nazi Kristallnacht, an incident so horrible it does not allow you to tuck it quietly into some drawer of yourself. Or have you read Babi Yar? I actually couldn’t finish it.

Babi Yar is a ravine in the Ukrainian capital Kyiv and a site of massacres carried out by German forces during their campaign against the Soviet Union in World War II. The first and best documented of the massacres took place on 29–30 September 1941, killing approximately 33,771 Jews. Wikipedia

At one time I felt I must understand the Holocaust. At Babi Yar I could stomach it no more.

Butchery. The unfathomable ability to commit cold murder of terrified others. And still live with yourself forever after. Seemingly normal beings, the whites at Tulsa, bartenders, investors, actors. Swept up in a frenzy of hate that blinds them to the simple equations of humanity. To terror in the eyes facing the ghoul in you.

Was the ancient Greek Procrustean iron bed where unwary travelers were stretched or amputated to fit — was that a true tale? Not even a frenzy but an after-dinner routine. A sociopath. Did he waste food on them for dinner before they discovered his hospitality?

Can the perpetrators of Babi Yar, Kristallnacht, Tulsa be described as anything but sociopaths? And yet they faded back into their barrooms, their counting houses, their troupes as if they’d merely burped once in polite society.

Perhaps later they became more fervent in their religion.

The Tulsa attack was ‘carried out on the ground and from private aircraft.’ White people got into their airplanes with bombs. Premeditated bombs. That they felt the right to drop. Their consciences in cold storage. But not dead, oh no, not dead.

No, not dead, evil and hatred never dead.