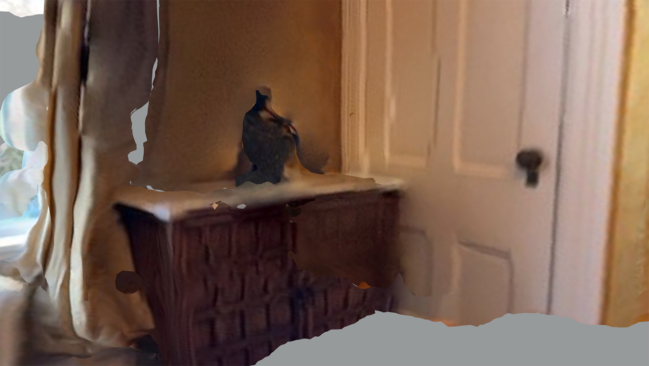 Learning to Be a LiDARer

Undoubtedly there is a cartoonish — or more politely said painterly — effect to LiDAR scans. Not only in my inexperienced hands but done by experts too.

See here how badly a LiDAR scan (right) fares against the same lion captured in photogrammerty. Unfortunately photogrammerty is more work. This is easy for me — I’m lazy and my philosophy states that any image that clicks inside a composition is a valid image. You have to admit my close-up inside a LiDAR scan has a romance that a technically-ideal scan would lack. That romance will alter whatever composition it inhabits. 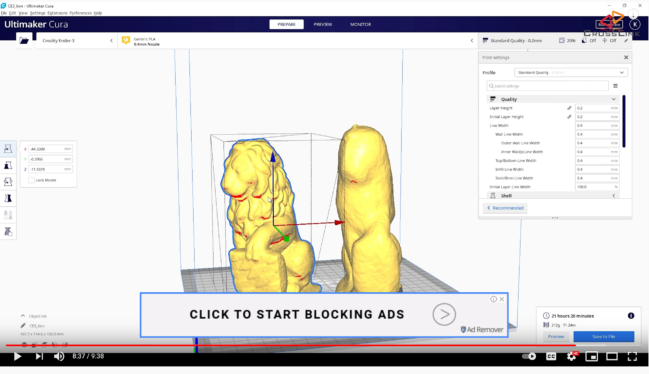 Screenshot from Daniel Crosslink’s Crosslink YouTube channel. (I recommend this man as a useful tutor. He makes sense and doesn’t engage in annoying facial gestures.)

For me that’s priceless — the amount of realism an image does or doesn’t convey is a vital carrier of meaning in the language of visuals. Contrasting those levels has an unsettling impact inside an artwork.

I have to wonder what they’ll do with me who doesn’t aspire to perfect 3D scans. OK, truth. I’d love to accomplish nicely-crafted scans but my visual imagination is still 2D. I think of crocodiles springing  from a would-be canvas turned to face different directions but  then frozen. To address them as a 3D sculptor would is way beyond my learning curve. I actually wonder where these diverse 3D models go on to live.

Beyond here is the exciting 4D world. I’d love to use animations such as KyanOs‘s Anthroposaurus  or Compsognathus Longpipes in Apple Motion. But let me get the stuff that’s aboil right now understood, attained.

I urge you to go to these two animations and use your cursor to make them far (two fingers up) and near (two fingers down) and hither-thither to start to understand what an artist using this kind of copyright-free imagery will need to grok to use it artfully.