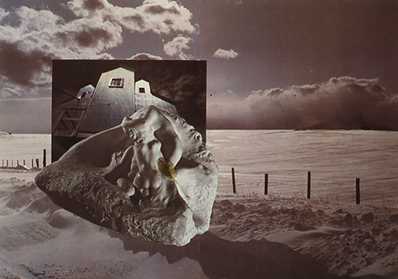 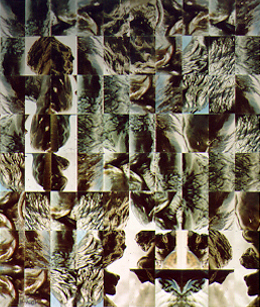 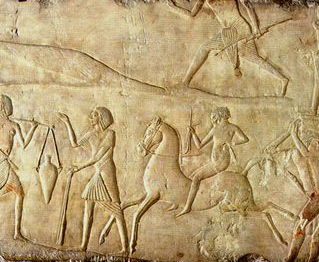 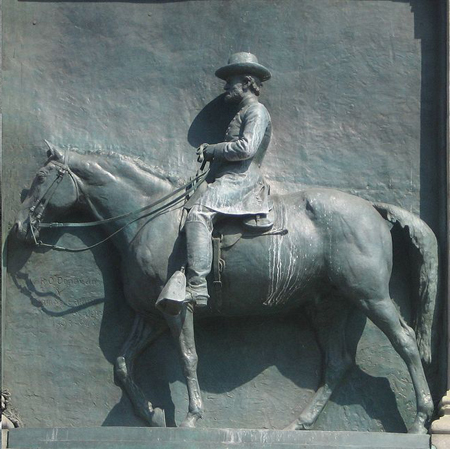 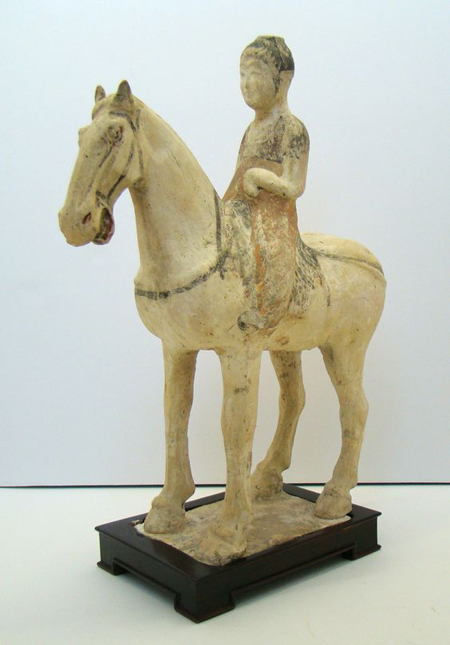 I want to share some of my new adventures with the 3d scans that were done of me at SIGGRAPH this month.  Because I want to work with them fast I’m staying inside the 3d capabilities of Photoshop Extended.  The idea is to wring them dry until my urge to work with them in a full-blown 3d program overcomes my resistance to learning one.  At least adequately enough to make totem poles out of various shapes.  Combine and manipulate them.

First try was to build up a set in which each iteration moved a bit east and at the same time turned in space.  I was hoping to combine the 3d layers and get a face that fanned out in a turning wave a la Futurism.  Without the violent urges. 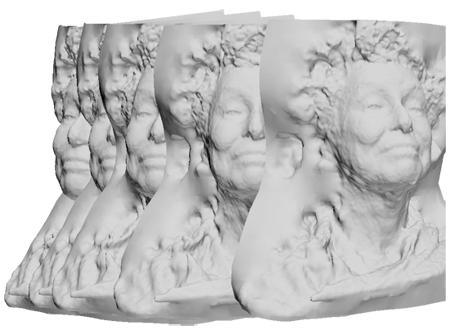 fanned out as separate 3d layers 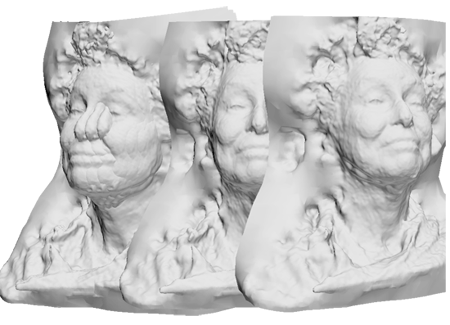 the 2d merges started with the faces on the left…

Something I don’t understand yet in Photoshop did something odd when I used the command to merge 3d layers.  It took away the rotation in space but did preserve some of the lateral movement: hence a 3-nosed me looking in only one direction.  This is new to some  people so I want to be clear.  You see the heads in the top image are each rotated in space — they’re facing to look in different directions.  When I combined their layers the copies all aligned with the original, they spun back to that orientation.

I think when I try again I’ll do several things differently.  Especially I won’t clone the head to make iterations, I’ll reimport the scan for every separate layer.  A hunch, but it’s important to keep working the images so…. 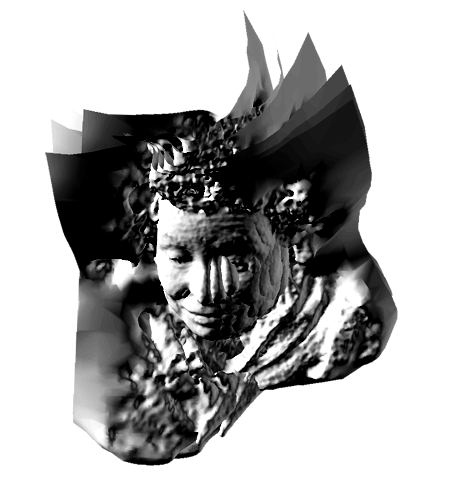 … I took the 3-nosed file, rotated it in apace and applied some Photoshoppery.  Then I started off in a new direction. 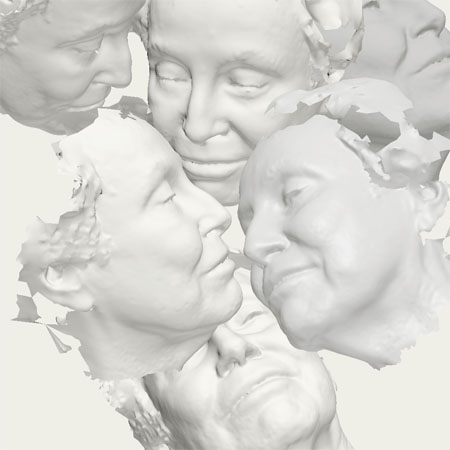 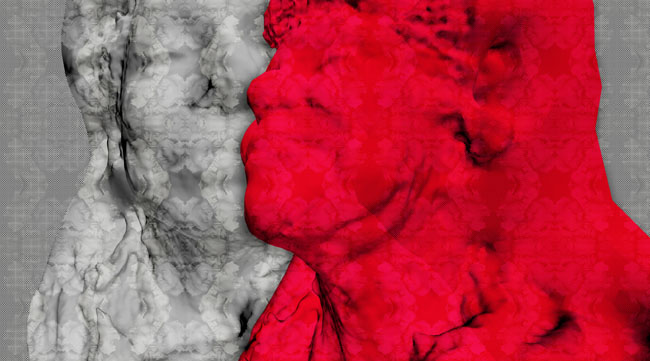 Here it starts moving toward art, not just techniques.  These images are quite large (5400 x 3000 pixels) so you lose important detail here. 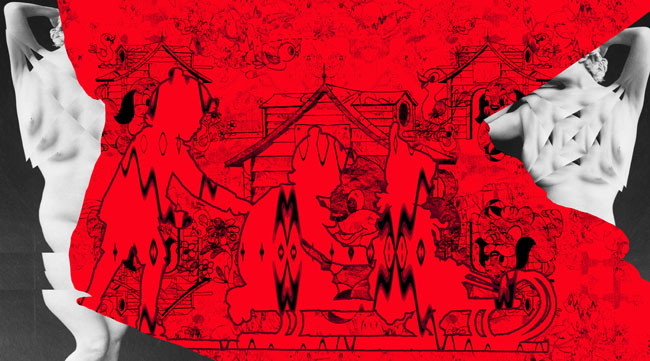 And then on to this — not a bit 3d– that started with a version of the two heads (just above) but I was playing with the negative space around them.  If you look in the bottom-right quadrant  you’ll make out my profile in the red shape, forehead, nose, lips sliding out of view.  First it was about trying pattern fills on each side.  Then I found these B+W nude distorts and tried them.  (Older distortions done with Filter Forge.)  Gratuitous weird.  So I took me out, and it bloomed into something quite different.

Which is how I work — pulling together images I’ve made in the past, in various programs, adding clipart, changing, combining.   And now adding 3d scans.

What a wonderful world to be a digital artist in.