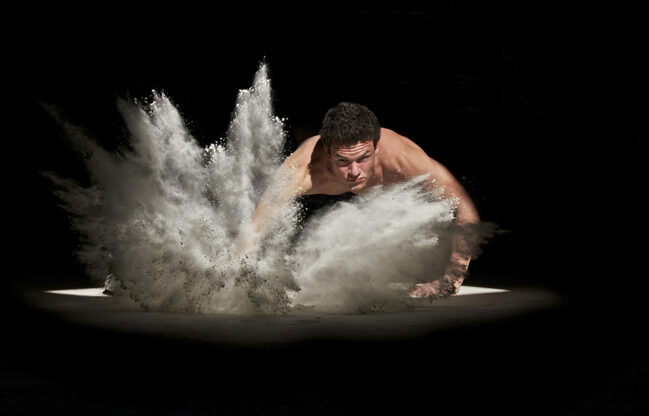 Water is famously apt for distortion — the merest bump starts ripples moving. My interest is mainly in technological distortions but I wanted to showcase the photo above to illustrate a fist distorting a puddle, no technology required.

Sonar and lidar distort by turning invisible waves into visual forms. You don’t see the waves go out, you watch their depiction as they return. Same with xrays, CAT scans, MRIs. Each creates a typical pattern to visualize its type of wave, but I’m guessing that these have an arbitrary side to them. Some of the visualizing depends on who writes the algorithm. Some depends on the nature of the waves.

The interaction of nature and manufacture determine the look of a distortion. One of my neighbors is an xray physician. She reads tonalities and makes inferences. But if another person/persons had written how we interpret xrays they could as easily be reconstructed with sounds. A chest xray for high soprano and bass? Or if still a visual interpretation, “If the xrays register a ten over here, the visual should increase the amount of the jitter in the bone’s outline.’ The  bone-shape would appear smooth-sided here, agitated at the break. A doctor could be trained to be equally proficient. The manner in which the signal is manipulated is not found in nature. It’s found in the imagination. That much is art.

A mathematician can create with distortion like a paintbrush applying paint. The possibilities reach for infinity. Distortion can harness any familiar modality — color, tune, rhythm, scale, loudness/softness — and fix on a way to respond to it that translates it into something else your senses can read. I just saw a lidar image of a little child. Because the boy had turned his head during the scan the lidar reconstruction appears to have a deep cleft in his form.

This is what I lust after in technology. Finding a way that software can perform in a way it wasn’t written to perform. Then you’ve got a new and powerful tool. It gives you the means to manipulate at a whole different level. Using lidar recreated the boy’s image, same as it would a Mayan temple hidden under jungle.  Manipulating lidar technique (this time by the boy himself) hands you a whole new visual language to communicate with.

Once you and your audience recognize a regular way to change what we all can hear or see (or, like the seats at a widescreen showing of Avatar, kick up at some dramatic point)… Once artist and art-partaker recognize this new sort of signal (cleft-lines in a lidar portrait in response to gross movement) then the artist is free to start playing with the clefts and find out what they can say.

I found my vocation long ago. In the 1980s my Epson computer lacked graphics software so I was left wringing word processors for nonverbal images. Hence this below. 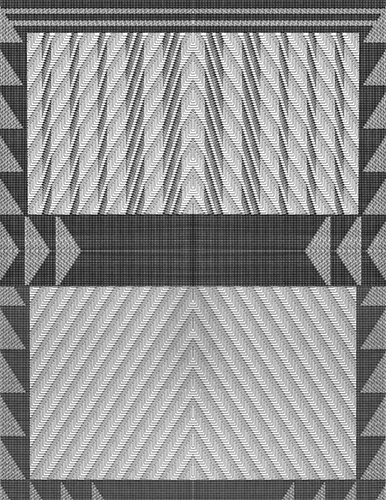 Distortion via playing with the attributes of WordStar and a dot-matrix printer. Bottom half, just ASCII; top half distorted by columns of reduced character pitch (spacing) on printer.

Gone are the days that I could easily create this kind of distortion. Good old WordStar — I’ve never seen a word processor since that kept ASCII in a strict grid — which allowed me to select vertical columns that stayed true. Software comes, software goes — it’s as sure as tides. Hardware comes, hardware goes. The world of digital breathes in/out like an ox. Luckily the savvier we get the more technologies bob to the surface. That means more technologies to rummage around in and turn up something new. 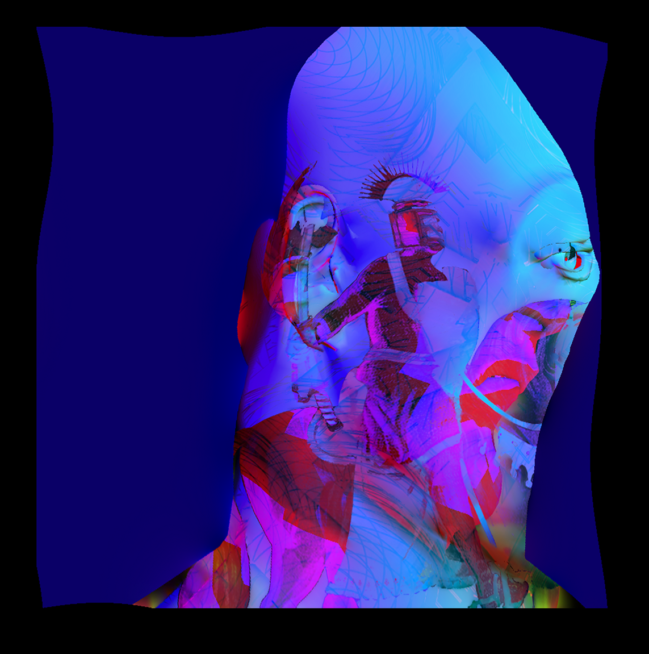 Sloan Nota artwork, Distorted Poser face with artwork distorted over it. Two eyes and a mouth.