Day 6 of a going-away tribute to advanced.aviary.com‘s Peacock 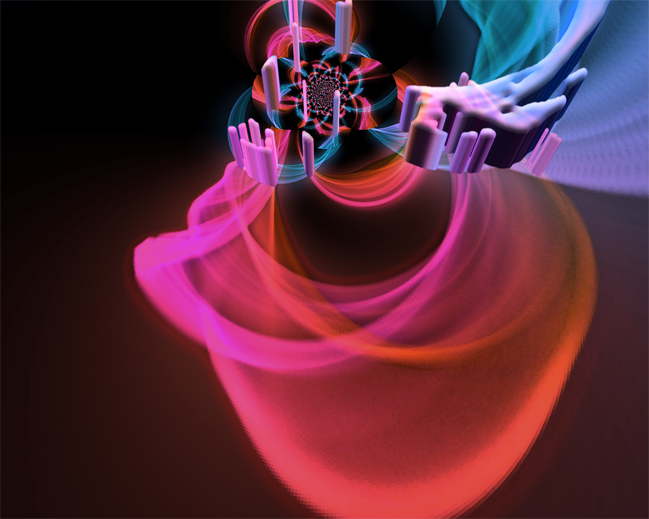 Outfolding by Sloan Nota, made in Peacock

Time is running short for Peacock — it’s slated for extinction on September 15, two days from now.  A funny time to start talking about visionaries.  But here goes.

Aviary began when a man had a vision. Avi Muchnick foresaw a suite of online creative apps that were friendly and fun to use — sure worked for Apple — and that would put creative tools in the hands of anyone with an internet connection.  Two others, Iz Derdick and Michael Galpert, saw the future too and together they co-founded Aviary.com.*

In a prescient move Avi recruited the Flash-programming whizz Mario Klingeman to write a new kind of app.  Mario rethought (unthought?) the venerated Photoshop paradigm — very brash move.  Peacock’s no copy-cat app.  Mario has visions the rest of us can ride.

A community grew around the software.   It included artists from North and South America, Europe, Asia, Australia plus India and the Middle East..  All connected, using the same software, talking on the forums, helping each other learn.

Phase 2.  Aviary felt it needed to grow and it attracted investors.  Some of them are visionaries too.  Jeff Bezos, the founding genius of Amazon.com had a vision, made it real. Bezos Expeditions, his investment entity, and Spark Capital both funded the Aviary project.

Before I lose any readers, hear me out.  Look in your pockets, on your desk, look around your kitchen — very little of what we take as entitlements could exist without capitalization behind it.  Build your own smart phone?  DIY car?  Sure some gifted oddballs can bring it off, but you?  Uncle Fred?  And Chris who builds her own phone and roadster — when does she make the refrigerator, TV, lightbulbs?

Industrialized means capitalized.  (Or Communist, which didn’t work out so well.)   So if you want the life, you rely on investors investing in your toys.  Bezos and Spark invested.

And then two things happened.  Maybe an MBA could figure it all out, but Aviary wasn’t pulling in enough profit — and Adobe Flash started going the way of the dinosaurs.  The suite of programs the community was using were all Flash based.  Development sputtered,  maintenance replaced it.  Aviary was turning toward apps that worked on mobile devices and Apple had hexed Flash on their mobileware which left our apps out in the cold.

Came a fateful day when the community and our Flash apps were spun off as advanced.aviary.com.  Spun away.  Aviary.com now only meant the new mobile direction — which took off in the marketplace with a sonic boom.  Less than a year ago I’m guessing.  But we knew then we were soon going to have that floating-in-space-without-a-spacesuit feeling.

And the investors?  You make art, sometimes you look at it and say it’s junk.  Must be the same if you make investments.  This one didn’t work.

However.  Avi, Aviary, Mario, the gentle folk at Bezos Expeditions and Spark Capital — I wonder if there’s anyone who wants Peacock to expire.  Because I understand how you can’t keep propping up a venture if it’s not paying for itself.  But there must be a way to salvage this remarkable and indefinable piece of software that has seduced so many people.  What can the community do to keep our bird alive, even if not hosted on Aviary?

We could try raising money if there’s a realistic price.  We can take this lovely teaching tool into schools, hospitals, retirement homes — give us a goal in community service.  What money has been lost is lost — by releasing Peacock to live on, you lose no more.

Please give us a roadmap to saving the life of this irreplaceable creative tool.

* Avi Muchnick, Iz Derdik and Michael Galpert are co-founders of Aviary.com.  Avi’s the one I think of as first imagining the Aviary suite, he’s the public face of it, but how much Iz and Michael are also co-imagineers is unclear. 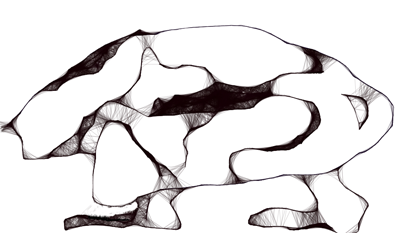 Today (not much left) through September 15th when Peacock, and the rest of advanced.aviary.com including its community will disappear.

So very well written, thank you for speaking for all of us.