Maybe I was unduly influenced by JRR Tolkien’s Ents in childhood.  Huge trees seem like powers, nearly personalities.  You put your hand on a trunk and know that the motionless bark is in fact growing.  Behind it fluids are wicking upward, some as far as where tip-top leaves uncurl. Or the tree’s in winter dormancy, but it’s the dormancy of a bear.  It’s not dead, this thing’s alive.

In Paris I feel surrounded by the footprints of notables who’ve also passed down those sidewalks, a presence.  With mighty trees I’m aware how much history has happened in their tenure.  While does and fawns passed by, whole civilizations came and went.  A tree in California was a seedling when humans were working bronze into armor and art.  The Chinese dynasties were yet to come.  Ancient Greece, far in the future.

Trees like this have a tenure on the earth that mammals never will.  A single tree, a single mammal.

Odd then that I also like things made of trees cut off from life: wood things.  Here are some artists doing worthy work in wood.

I saw this artist’s work last year.  It’s massive.  Ursula von Rydingsvard is sometimes pictured next to this piece looking way way up toward the top of the leftmost slab.  In the work there’s palpable sense of the cedar it’s made of, the might of trees, the flesh of trees.  This artist understands wood in uncanny ways, and possesses an artistic vision worthy of forests.

Rydingsvard praises cedar for its softness, “all the gentle marks get registered,” and for its warm rosy tone.  Earthen I think.  One reviewer speaks of the intense cedar aroma, “the smell of a forest thousands of miles away.”  Note the many blocks the gigantic shapes are formed from.  A link to images of her process is below.

The artist’s hand, the artist’s commitment are in the meaning of this work. 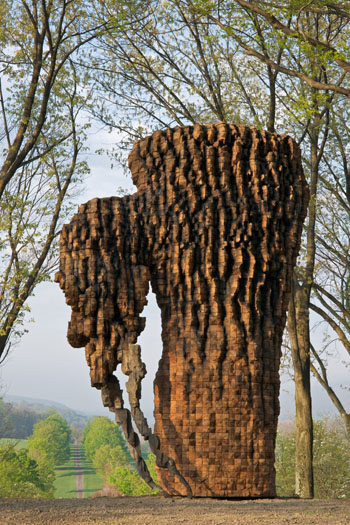 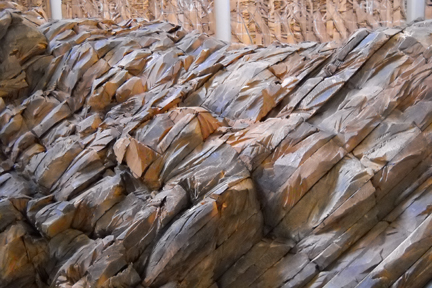 I had to work hard to find anything at all about Chuichi Fujii, even though his work has stayed alive in me since I saw it over a decade ago.  The exhibit was A Primal Spirit.  I still own the self-named book subtitled Ten Contemporary JapaneseSculptors (cited below).  If you can get hold of a copy it’s the only way I know for you to appreciate his memorable work.

Here he talks about the wood he uses.  “I don’t use pine…because pine trees grow naturally bent.  If I did use pine, I would want to make it straight.  But with a vigorous cedar or cypress the degree of tension in a work will depend on how strenuously I manipulate the material.” Cedar again.  He moistens whole logs and slowly torques them into unnatural shapes.  Months perhaps.  When the shape is just so Fujii takes a chain saw and whacks off an end.  If he gets it right, the piece balances eerily on the floor.  If not, he abandons it. 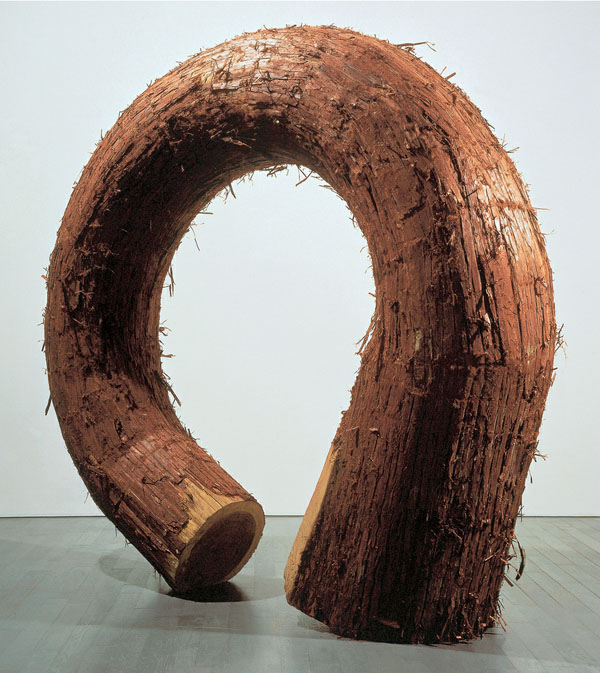 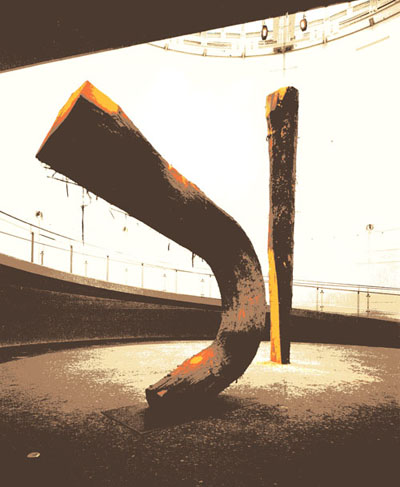 Oliveira thinks of his work as painting which makes sense in our first example, but his energy soon burst forth into forms  more sculptural, less brushy.  In both modes the artist’s vital energy pumps these abandoned boards into arresting art. 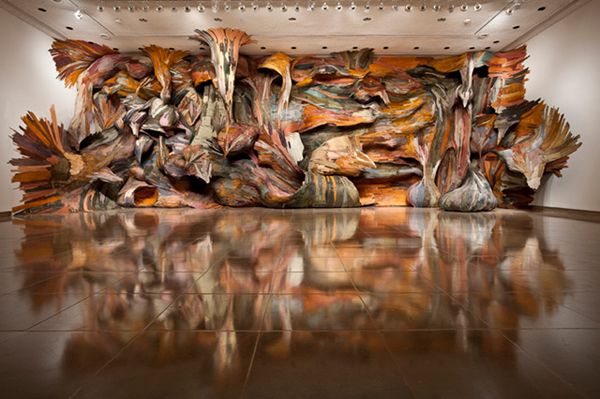 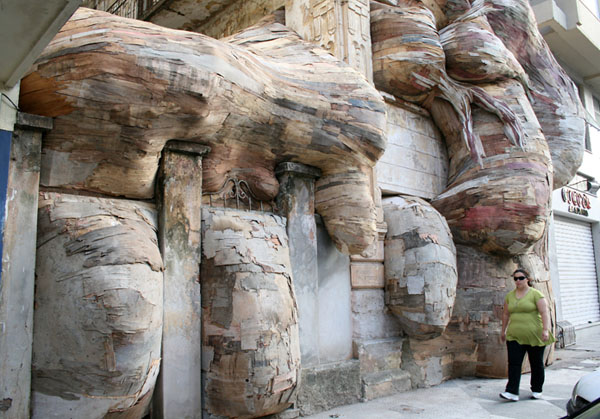 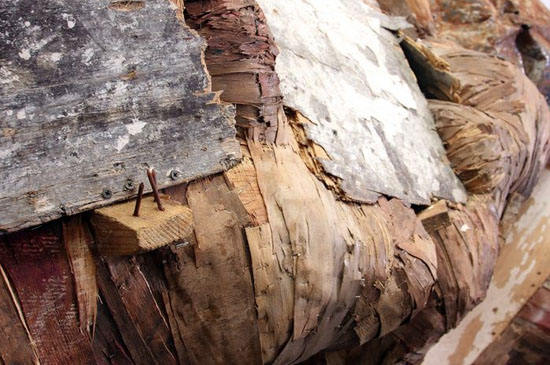