Should you decide to practice your silly walks, this would be the ideal garment.  It’s advertised on the net.  Which doesn’t mean you can actually buy it because this product is no longer available. 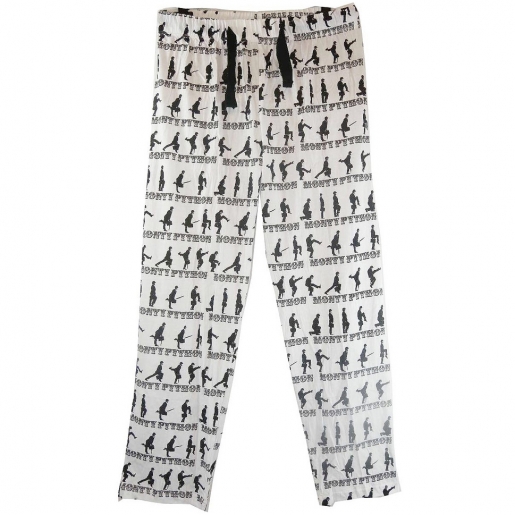 Pity.  They were an officially licensed Monty Python wearable.  To console yourself you could visit the Python Silly Walks Generator which is fun, briefly.  Though no matter how I contorted my Cleese I couldn’t get him to procede forward.  Walk.

Dumb is a lower life form than silly.  Silly is a high art and a gift of the benevolent gods. 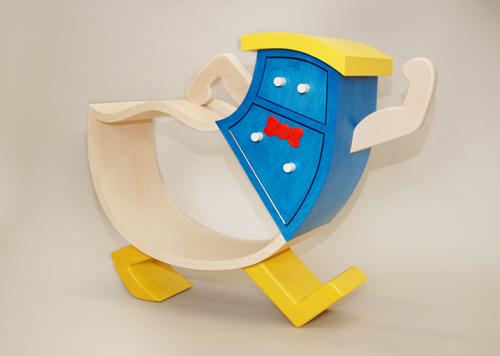 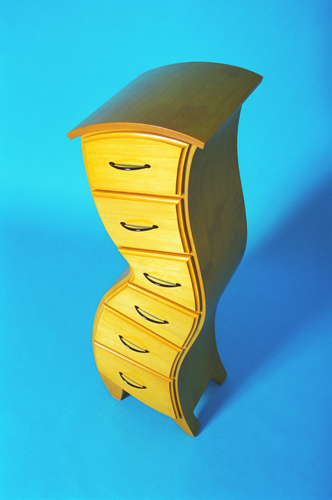 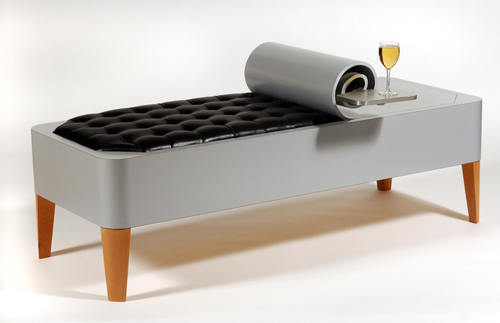 And last, a wall treatment that’s decidedly not for the pompous.  Surrealien‘s tagline is warp your room. And warp they will — first by measuring every little thing in the room (light switch, door…) and then creating the math that will wallpaper your space with a pattern.  A pattern that flows around every little thing as if it exerted a gravitational field. 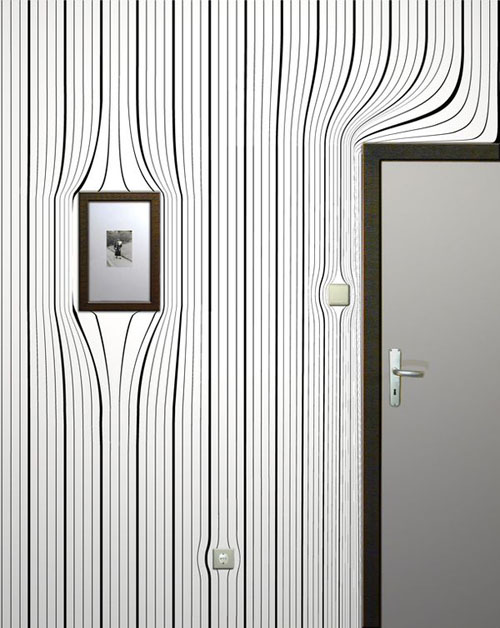 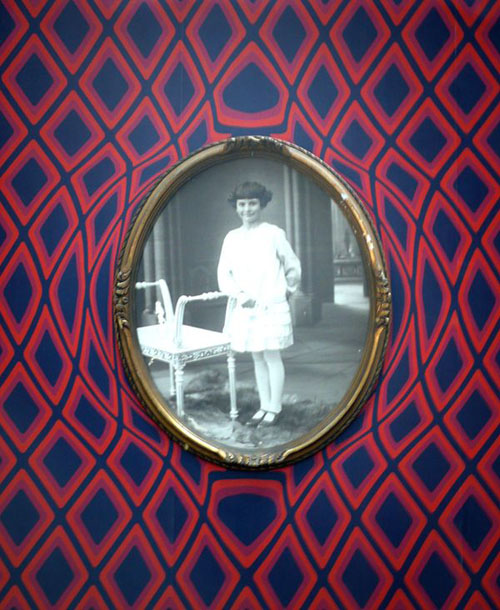 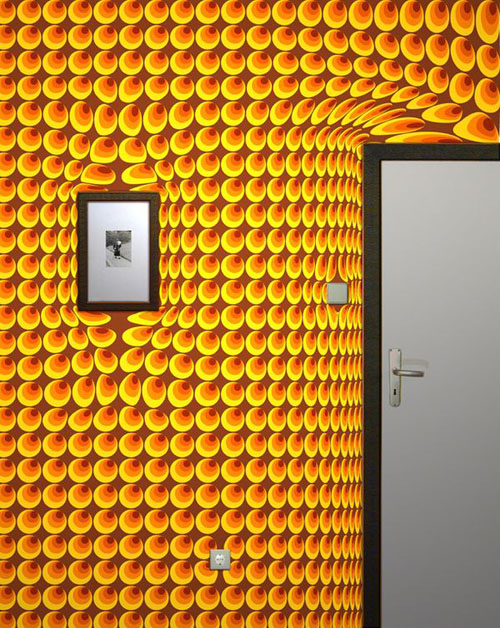 I’ve lusted after Surrealien’s wallpaper for some years.  And I just thought of two artworks that I want to use it in.  So I’m delighted to report that Surrealien is still in business (I was worried).  Their out-of-date website will be updated in the next couple of months.  Weaving walls, anybody?

Those Monty Python pants are just…amazing!

Yes, I’m deeply sorry they’re no longer available to buy and strut in.

I really want those silly walk pyjama trousers, they’re the most fun!